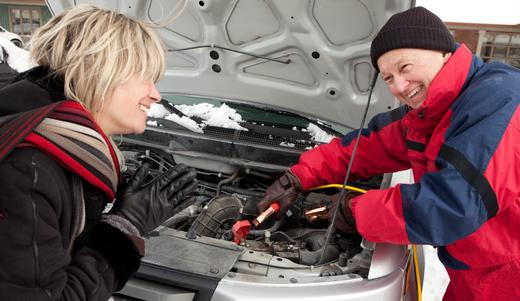 We all know the story of the Good Samaritan. In the parable, a man lay nearly dead after having been beaten and robbed. A priest saw him and passed by on the other side of the road and then a Levite passed him also. The third who passed was a Samaritan. Their people were a mix of Israelites and Gentiles, whom the Jews despised thus the Samaritans had no dealings with them. Yet it was the Samaritan who recognized the need and showed mercy on the beaten man, binding up his wounds and taking him to an inn to heal.

There are a few people that come quickly to my mind as I think about people who did what was right in the face of criticism, persecution, and even death. I know many people in our world serve quietly and lovingly, helping bear up the burdens that others suffer with. These people will never have their names shouted from rooftops or praised by the masses, but they are important in the Lord’s plan.

There are many well-known persons who have gone about doing good. The first person I think of is Mother Teresa. I cannot look at photos of her among the population of sick, sad or dying without growing teary. She took the Savior’s call to heart as she wore out her life in service to others. She clothed, fed, ministered to, blessed and comforted thousands of men, women, and children during her long lifetime. She loved the individuals and knew that each was a child of God. She spent time in hospital sick rooms, in poverty filled areas where there were infestations of all kinds, yet she gave everything she had without worry for herself. What a wonderful example of love in action.

Princess Diana was also a public figure who reached out to those in need. She said of her own mission, “Anywhere I see suffering, that is where I want to be, doing what I can.” 1 She served among the poor and the sick, bringing relief to those in need. She worked hard to bring an end to stigmas about illnesses and other conditions. She gave of herself though she suffered behind the scenes with her own challenges. She is honored still today by a continuing Diana Award which is given to youth who are trying to create lasting change.

Irena Sendler, Johan Van Hulst, and Sir Nicholas Winton all share something incredible. It isn’t fame or fortune that they have in common, but a love for and desire to keep children from harm. Each of these people risked their very lives to smuggle Jewish children away from the Nazis and the threat of concentration camps. Between the three of them, over 3769 Jewish children were sent to safety.  I cannot imagine how those parents felt knowing that their children would escape the cruel fate that awaited them.

There are many people in our world’s history who have left a mark of love and goodness upon this earth. Elder Ballard spoke of the happiness that comes from our obedience to the commandment to love our neighbor. “The best ways for us to see the spiritual purposes of the Church are to live the true, pure, and simple teachings of Christ and also to apply the Savior’s two great commandments: ‘Thou shalt love the Lord thy God with all thy heart. … Thou shalt love thy neighbor as thyself.’ Obedience to those two commandments provides a way to experience more peace and joy. When we love and serve the Lord and love and serve our neighbors, we will naturally feel more happiness that comes to us in no better way.”2

As we serve our God and serve like these modern-day Samaritans, our influence will be felt where it is most needed, and our own hearts will be blessed with much-needed peace and happiness.