Death cannot stop true love. All it can do is delay it for a while.

This is true love-you think this happens every day? 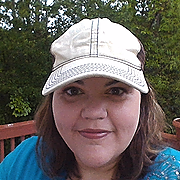 “Until death do you part.”

This phrase is commonly heard in wedding ceremonies these days but how sad a phrase it is. We spend a lifetime working on a relationship, sharing the ups and downs, the joys and sorrows of raising a family and the wonderful successes not to have it just come to an end when this life is over.

In London in the 1800’s, George Padley and Sarah Franks set their hearts on traveling to Zion and wanted to wait to be sealed until their arrival there. They joined the Willie and Martin handcart companies to travel west.  Upon needing to cross the Platte River under freezing conditions, several of the members spent the day carrying the others across the frigid river. One of those courageous young men was Sarah’s dear George. She watched helplessly as her betrothed exhausted himself serving others. Death claimed his life from exposure to the cold leaving Sarah to make the rest of the journey without him. She couldn’t bear the idea of placing his body in the freezing ground for the wolves to ravage so instead had his remains wrapped in her shawl and placed high up in a tree near Martin’s Cove. Travelers following later said to have seen the shawl but no trace of her beloved George.

President James E. Faust wept when he heard of their remarkable love story, calling theirs “one of the greatest love stories of the western migration”. In 1997, he requested that they be sealed to one another at last. Their story is depicted in the film 17 Miracles.

The gospel plan is centered around the family unit. Our Father and Mother in Heaven are the heart of our family. We are Their children and They are eager to see us progress and become like them. We came to the earth to live and learn in family units of our own so that we can continue these relationships throughout the eternities. In the many love songs that have been written over the years, they all seem to lack the depth of eternity. What greater joy can there be to know that your loved ones are yours forever?

I love President Hinckley’s words regarding his dear wife. He often expressed his love for his wonderful companion of sixty- seven years. Upon her passing in April of 2004, he remarked in the following general conference “My children and I were at her bedside as she slipped peacefully into eternity. As I held her hand and saw mortal life drain from her fingers, I confess I was overcome. Before I married her, she had been the girl of my dreams, to use the words of a song then popular. She was my dear companion for more than two-thirds of a century, my equal before the Lord, really my superior. And now in my old age, she has again become the girl of my dreams.”1 Can anyone doubt his love for his faithful companion? 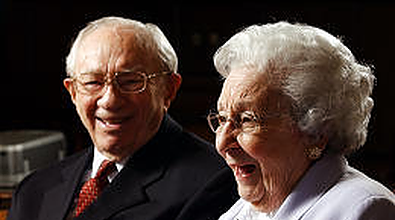 The plan of our Father in Heaven for marriages to continue after this life is beautiful. Everything good which we attain here will be ours in the eternities.

Early in my marriage, my husband and I lived across the street from a wonderful man and his precious wife. She was frail and suffered from a serious illness that took its toll on her body. This sweet brother cared for his precious wife every day, making sure she was comfortable. The day came when she slipped away peacefully into the Savior’s arms. I worried about him being in his house alone so my husband and I went across the street to check in. He was surrounded by his children and greeted us with the biggest hug and warmest smile. I distinctly remember the peace and joy that was prevalent in his home. No one wept but were all smiles. This family knew that their love would continue beyond death.

I learned that this sweet man also joined his dear companion. I learned that he’d removed his oxygen mask and held his arms out to someone unseen whom he’d loved greatly. It was then he took his final breath. The love we feel towards spouse and family will never be diminished by passing through the veil. That crossing will only make our joy full and complete as we leave this mortal journey. May we always have eternity as our focus!

A personalized gift set any priesthood holder would love